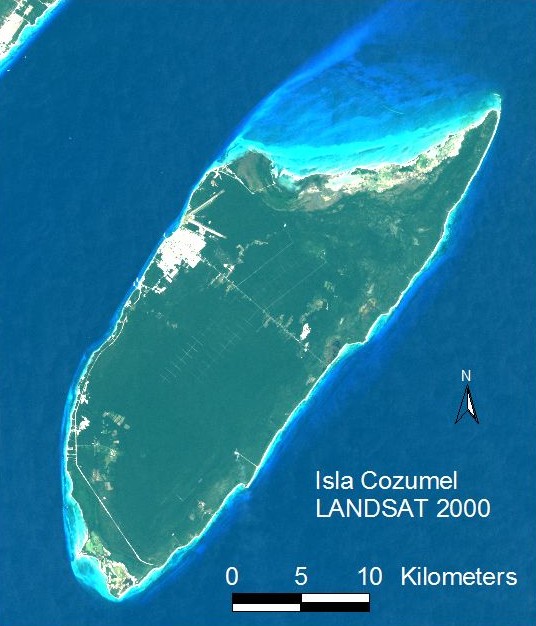 False color composite image of Isla Cozumel, shot by LANDSAT 7 satellite on 20 January 2000. The mainland city of Playa del Carmen, Quintana Roo, appears at the extreme upper left. On Cozumel, the town of San Miguel is visible as the white area in the island’s northeast, adjecent to the airport’s prominent runways. The smaller village of El Cedral in the southwestern interior is surrounded by argicultural fields. Most of Cozumel’s resorts and hotels are along the west coast both south and north of San Miguel.

Vegetation over most of Cozumel consists of semi-deciduous tropical forest. The northern edge of the island and the extreme southern tip both include areas of mangrove swamp.